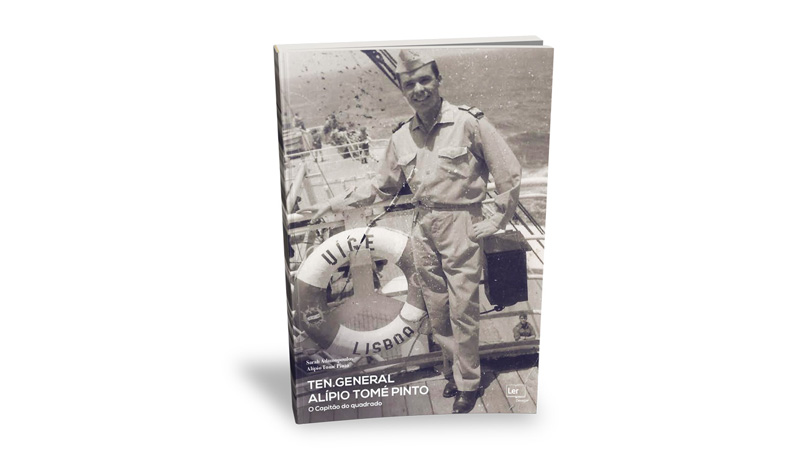 HOLOS is proud to have enabled the work – Alipio Tomé Pinto: O Capitão do Quadrado, authorship of both Sarah Adamoupoulos and Alipio Tomé Pinto – about the life and the brilliant military path of Lieutenant-General Tomé Pinto.

In Lisbon, the launch of the book took place on April 7th at the Palace of Independence, where some of the major national and international figures have attended, presenting him with an absolutely full room.

For professional reasons, General António Ramalho Eanes could not be present, however, the duly mandated General Alexandre de Sousa Pinto read the speech the General had prepared of which we highlight the following:

“Tomé Pinto is, for me – which I have known for decades – not only, as himself states in this work, a Military by passion, but above all, a Military of dream and adventure, of calling, ambition and mission, one of the best among the best, not only in the Military Institution, but also in the country (Portugal)”.

At the same ceremony, General Alexandre de Sousa Pinto also took the opportunity to say a few words to the biography subject, namely the following:

“The exercise of the military profession requires a calling; such as a Priest, a military who has no true calling will always be an unfortunate and in the worst case, will make unhappy the subordinates who will have put up with him”.

In Angola, the launch took place in Fortaleza in Luanda, the last April 12th.

The General Tomé Pinto soon discovered his calling, as it has been clearly indicated in this biography by the fellowship for which his subordinates feel debtors!

Look at some highlights in the press (portuguese):